How Rare Is It For A Company To Reach 100 Years? 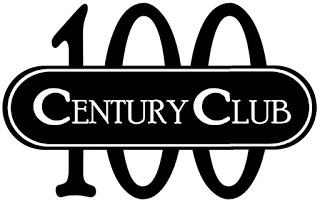 I asked this question on my blog several years ago and decided it was time to update the answer now that I have done more research. Since that post, several companies founded after 1915 have joined the Century Club and, as one might expect, a few others have fallen away. As of 2020 I have identified at least 1200 businesses that have been in continuous, independent operation for 100 years or more. Though that is double the number in my original post on this topic, it is still just 0.02% of all companies in operation in the U.S. Less than 15% of Century Club members are public companies and of those privately-held, over 60% are generational family firms. The companies that make it to their 100th anniversary have found a way to prosper through world wars, economic depression and recessions, environmental disasters, changes in government regulations, globalization, quantum leaps in technology, and major shifts in social and cultural values. Decisions made long ago about company values and culture, investments, and relationships are what will help enable them through the crisis of 2020. Survival, not short-term profits or growth, may be the ultimate performance measure.
Posted by Vicki TenHaken at 10:03 AM No comments: 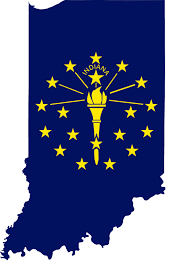 Indiana is the next mid-west state to highlight Century Club Companies and they have at least 23: five of them are public and 14 are generational family firms (61%). If you know of an Indiana company that has been in continuous, independent operation for 100 years or more and is not on this list, please post a comment!

Posted by Vicki TenHaken at 8:21 AM No comments: 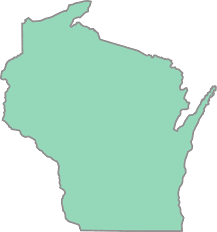 Wisconsin has at least 42 Century Club Companies - 6 additions in just the last year. Ownership status of these companies is similar to the national average for 100-year-old companies, with 12% of them public and 88% some form of private ownership. Twenty-seven (64%) are generational family-owned firms; 3-5 are employee-owned (one is both 5th generation and employee-owned, another is a co-op); one is a mutual (sort of customer-owned). As always, please comment if you know of a company that should be added to this list or if you have a correction to any of the information.

1903: Harley-Davidson, Milwaukee public (manufacture motorcycles) Note: numerous ownership changes over the years, including time as a subsidiary of another company

To learn more about how these companies have prospered over 100 years and more, see the book based on my research: Lessons from Century Club Companies: Managing for Long-Term Success, available on Amazon and Barnes & Noble on-line

Posted by Vicki TenHaken at 7:40 AM No comments: 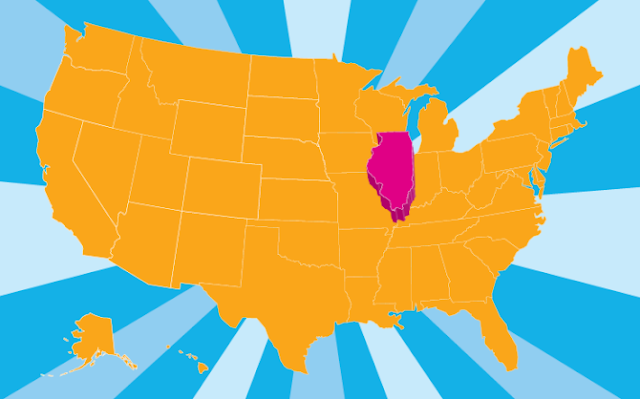 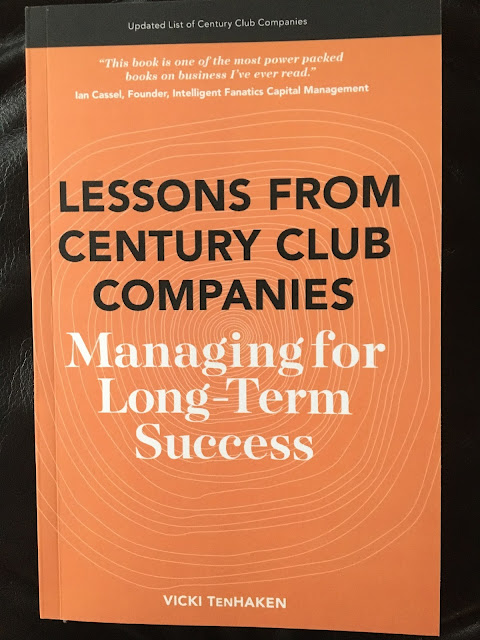 Posted by Vicki TenHaken at 9:55 AM No comments: 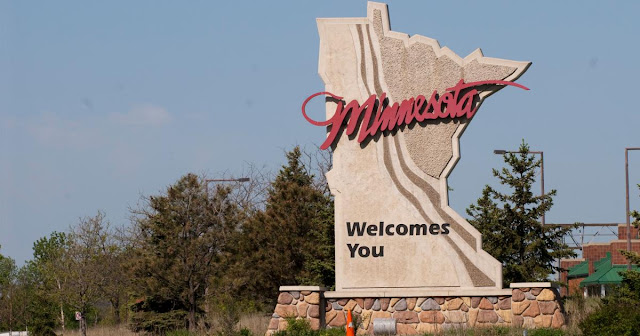 Minnesota has 30 companies that have been in business for 100 years or more. Interesting industry concentrations reflect the nature of the state: there are 4 lumber yards and 2 window/door companies; 3 agricultural co-ops and 3 large agricultural products/food companies. Though over half of the companies are generational family firms, Minnesota has a larger percentage of old public companies - 30% - than seen in other states. (Nationally, only 14% of Century Club Companies are public.) Here is the list - as always, if you know of a company that has been in continuous, independent operation for over 100 years and should be added or have any corrections to the information provided, please leave a comment.

Posted by Vicki TenHaken at 7:50 AM No comments: 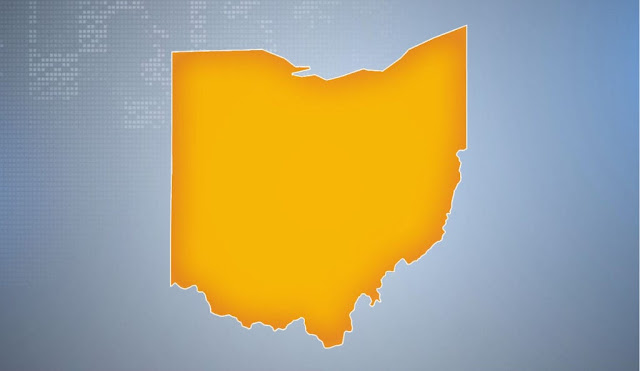 My post on Michigan's oldest companies received so much interest I decided to take a look at other states that benefit from having a number of Century Club Companies. Ohio has at least 72 companies that have prospered for 100 years and more. Of these, 13 are public and at least 44 are generational family firms. (One, Smuckers, is both publicly-traded and run by 5th generation family.) If you know of a company that has been in continuous, independent operation for over 100 years and should be added to this list, or have a correction to any of the information provided here, please let me know.

If you'd like to learn more about how companies such as these have managed to survive for 100 years and more, you can find my book Lessons from Century Club Companies: Managing for Long-Term Success at Amazon and Barnes & Noble

Posted by Vicki TenHaken at 8:19 AM No comments:


The 27 companies founded in 1915 that are still prospering in 2020 show an industry concentration not often seen in Century Club Companies: 11 of them are associated in some way with the construction industry. One follower has speculated this is because of the strong local relationships and reputations that are necessary to succeed in the construction business and, as readers of my book Lessons from Century Club Companies: Managing for Long-Term Success know, being an active community supporter is one of the five longevity factors uncovered in my research. I also find it interesting that three of these companies are confectioners - yum! Though five of the companies celebrating their 105th anniversary are manufacturers, just two are public. At least 17 are generational family firms. Here is the list: