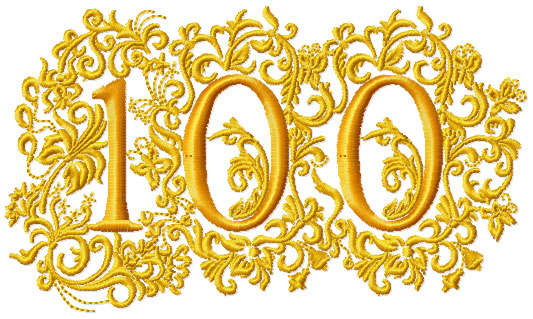 Businesses "living" long enough to celebrate their 100th anniversary are rare and apparently getting ever more scarce.  Yale lecturer Richard Foster says the average lifespan of companies on the S&P 500 has decreased by more than 50 years in the last century: while successful companies lasted an average of 67 years in the 1920s, they typically exist for only 15 years today. So we should celebrate those firms who do make it to their 100th anniversary.  They have survived world wars, economic depression, huge advances in technology, globalization, and major social/cultural change to continue to serve their customers, provide a living for their employees, and contribute to their communities.

Here is my list of U.S. companies that reached the century milestone in 2014.  If you know of others, I would love to hear from you. George P. Johnson may have invented the field of experiential marketing. Though starting out in 1914 as a flag-making and sail-repair business in Detroit, it quickly established itself as a trade show and events management firm for Detroit's automobile industry. In the last few decades it has expanded to become a private multinational firm specializing in experiential marketing and brand management. Headquartered in Auburn Hills, Michigan it now operates 29 locations throughout the world.
Posted by Vicki TenHaken at 8:27 AM No comments:

When buyers offered Cloid H. Smith less than he wanted for the corn he grew on his farm land in Sac County, Iowa he decided to cut out the middlemen and in 1914 the American Pop Corn Co. was born in Sioux City where they have been for the last 100 years.  Sold under the brand name Jolly Time, the company is still in the Smith family, with 4th generation cousins running things.

The word "innovation" may not quickly come to mind when thinking about popcorn, but American Pop Corn Co. exhibits the dedication to protecting and developing unique technology seen in many companies that have survived over a century.  Beginning with the patented popcorn cribs Cloid designed that "put Jolly Time Pop Corn above the rest in terms of popability" (moisture content is essential to popping performance) and continuing to their patented cleaning, drying, and sorting process called "volumization," their technology focuses on obtaining a "guaranteed pop."  The company also reports innovations in packaging from the tin popcorn can to a pail (which they claim sparked the idea for the beer can), and was the first ever food brand to receive the Good Housekeeping Seal of Approval.  Whether you are a classic "BlastOButter" fan or prefer one of the other versions of their popcorn, chances are you have tasted this company's product.

The company reports having contracts with several multi-generational growers, exhibiting another characteristic of the Corporate Century Club: long-term relationships with suppliers.

Welcome to the Corporate Century Club!

Posted by Vicki TenHaken at 10:35 AM No comments:

Established in 1871, French Paper is a 6th generation family-owned company in Niles, Michigan. One of the last small, independent mills in the country, French Paper exhibits the qualities adhered to by many of the "Corporate Century Club" - including a commitment to the environment.  It has been 100% hydro-electric powered since 1922, using power from a small hydro-electric power plant at the Niles dam. 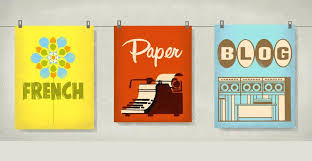 I've been working at updating the list of Michigan's companies over 100 years old. Below is the most accurate data base I can put together at this time. The good news is that there are over 130 companies on the list. However, I may still be missing many small businesses, so if you know of a company that should be in Michigan's Business Century Club, please let me know.  Here's the list:

Posted by Vicki TenHaken at 1:12 PM No comments:

Not sure how I missed this company earlier, but DeWitt Barrels certainly belongs on the list of Michigan companies over 100 years old.  Founded in 1893 making and reconditioning wooden barrels, the company now sells, reconditions,  and disposes of steel barrels and plastic drums.  Still in the DeWitt family, the company is run by three DeWitt brothers in Marne, Michigan and is another old company committed to environmental issues.
Posted by Vicki TenHaken at 8:19 AM No comments:

A Way to Invest in the "Corporate Century Club"

Do not take this as investment advice.  I am not a financial analyst, stock broker, or other investment professional.  However, as an academic researcher of old companies I find it very interesting that the president and CEO of Invesco Martin L. Flanagan uses these words to recommend a new ETF of century-old firms:  "We believe the PowerShares NYSE Century Portfolio (NYCC) offers investors targeted exposure to companies that have demonstrated the ability to innovate, transform, and grow through decades of varying economic cycles, political conditions, and social change" - the very argument I use at the beginning of all my papers to explain why I study old companies.

This fund is comprised of nearly 375 companies, all over 100 years old.  Reflective of observations I have made previously in this blog (that companies don't need to grow large in order to survive over the long term), just 30% of the portfolio is in large caps.  The composition of the fund also reflects statistics I have reported in my data base: financial and industrial firms comprise a large percentage of the stocks, and utilities are also represented at a higher rate than in the overall market.

One analyst (Eric Dutram, Zachs Investment Research) concludes his review of this fund by saying: "The fund could be an interesting choice for investors who want broad U.S. market exposure with a tilt towards safety....(however) NYCC might not be the best choice for those seeking a low cost option.  Additionally, the fund might not be a great pick in high growth environments (due to its tilt towards safer sectors), though the underlying index did outperform the S&P 500 in 2013."
Posted by Vicki TenHaken at 7:42 AM No comments:

Oldest Jeweler in the United States

Established in 1785, Bixler's claims to be the oldest continuously operating jeweler in the U.S. - and I believe them, since my data base also shows them as the oldest.  A sixth generation Bixler family member is still actively involved in the business in Allentown, Pennsylvania.

The next oldest jeweler in my data base was founded in 1836 - Bromberg's in Birmingham, Alabama.

If you know of older jewelry stores, please let me know!


Posted by Vicki TenHaken at 8:24 AM No comments:

Cranston Print Works (or CPW) had been in operation since 1807 when the governor of Rhode Island established a cotton printing plant in Cranston.  Surviving various owners over the centuries, the company became employee-owned in 1987 and is now a leader in the ESOP community.  Readers of this blog will recall that dedication to long-term relationships with employees is one of the common factors seen in many members of the "Corporate Century Club." Though many of these old companies are still family-owned, I have only found a few that are employee-owned and Cranston Print Works - at over 200 years - may be the oldest.

Posted by Vicki TenHaken at 10:59 AM No comments: