James Madison was president when these two companies were founded in 1816. Two hundred years later, they are still in business. Corporate longevity congratulations go to Hodgdon Yachts and York Water Company! 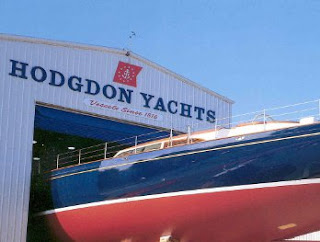 Hodgdon Yachts is the oldest boat building company in the United States. Still family-owned and operated, they are a fifth generation company in East Boothbay, Maine. They estimate they have launched over 400 vessels in their 200 years - let's hope they have many more to come!

The York Water Company was founded in York, Pennsylvania by a group of local businessmen who were concerned about fire protection. It is the oldest investor-owned utility in the U.S. and has a record of paying consecutive dividends since 1816.


Posted by Vicki TenHaken at 11:16 AM No comments:


In 1891 Thomas Edison patented the motional picture camera and the "transmission of signals electrically" (radio). The following companies were also founded that year and have survived to celebrate their 125th anniversary in 2016. Join me in offering corporate longevity congratulations to the following companies.

Hormel: Food company based in Austin, Minnesota that produces Spam and many other food brands.

Perhaps there are more companies that should be on this list. If you know of a business that has been in continuous, independent operation since 1891, please comment on this post or email me at CenturyClubCompanies@gmail.com.

Posted by Vicki TenHaken at 9:14 AM No comments:

Companies Celebrating 150 Years in Business in 2016


1866: The year these companies were founded was one year past the American Civil War. There was no through railway to the Pacific Coast, no telephones, no electric lights, no typewriters, airplanes, or automobiles. But they found a way to establish businesses that have endured through world wars, economic depressions, quantum leaps in technology, globalization, and shifting social and cultural values. Join me in congratulating these Century Club Companies on their 150th anniversary.

Dyke Industries is a family-owned company that operates 13 distribution outlets, serving 18 states with a broad line of building materials, including millwork, lumber, doors, windows and related items. They serve the Southeast US as a wholesale distributor of a multitude of millwork and related products. 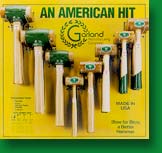 With six generations of continuous Garland family management, Garland Manufacturing continues to make mallets and soft-faced hammers for industries worldwide and is the only producer of rawhide mallets in North America. Over the years Garland has also diversified and they offer machined parts and plastic extrusions.

Starting with a flour mill on the banks of the Mississippi River in 1866, Gold Medal flour is still the top selling brand of flour in the United States. Now with many brands marketed in 100 countries on six continents, General Mills employs over 42,000 people worldwide an has sales of over $17 billion.

Huntington is a full-service banking provider operating primarily within the six states of Ohio, Michigan, Pennsylvania, Indiana, West Virginia, and Kentucky. As with many Century Club companies, Huntington believes it is their deep relationship-building capabilities that have enabled it to not just survive, but thrive, for 150 years.

A smaller community bank, Norway Savings Bank has also managed to survive for 150 years. Known for their financial strength, exceptional customer service, and contribution to their communities, they are proud to say "We're from Maine and we understand the needs of Maine people and businesses."

In 1866 there was no such thing as ready-to-use paint. Henry Sherwin and Edwin Williams changed that and worked to make a product that founded an industry and subtly altered the tone of our everyday lives. Today they are a global company with 4,000 stores worldwide. They know paint.

Posted by Vicki TenHaken at 10:04 AM No comments: